Dearborn Police, the community and the Saja Aljanaby murder: A Call for Reason and Respect 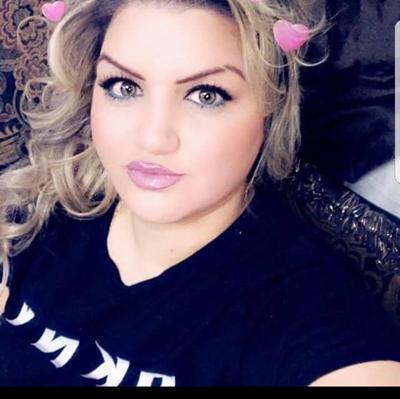 There is no community that is free from crime. It is impossible. Michigan and Dearborn are not the exception to this general observation. And the key to fighting crime is the police and the community they serve.

The latest armed robberies that occurred in the city of Dearborn have alarmed many of the citizens of the city. This September, the murder of Iraqi American woman Saja Aljanabi in a robbery shock the community. While some swiftly took to social to engage in amateur commentary with theories not grounded in facts, the Dearborn police under the leadership of Dearborn Chief of Police Ron Haddad, swung into action. Their professionalism and commitment to the city resulted in the arrest of three suspects in the murder. It was remarkable that they were arrested within a few days of the crime.

You would ask yourself: why is an advocate for human rights writing about this homicide and the Dearborn police?
Many reasons.

One is that the most precious human right is the right to life. It is the most important human right of all the rights that we have. If you are dead, you can’t enjoy any of the rights enshrined in the Declaration of Human Rights. And in this country, we count on the police to protect us and catch criminals before they victimize more people. Your life and safety is a human rights issue and the police are vital to safety and freedom.

Second, and not less in importance, is the right to human dignity. This right to human dignity is a basic right for a human being when they are alive and when they are dead. In the Muslim tradition, the dignity of the dead is one of the most important obligations of the community to the deceased. It is distressing that what we saw on social media was an unjustifiable and inexcusable violation of the dignity of Ms Aljanabi.

I, like most people on the planet, use social media. It is a great tool to connect and learn. However, this tool also enables bad behavior such as bullying and other bad behavior. What we saw in Ms Aljanabi’s case was so shameful and a violation of her dignity. Immediately, after learning about the incident, rumors were spread and heavily circulated via all means and especially through the social media. With social media, everyone is not only a reporter but a publisher as well. The victim’s personal life was free for all as the subject of conjecture and invasion of privacy. People made several false theories and speculations and these were commented on and shared. Indeed, this added to the pain, agony and the grief of the victim’s family. This continued until the police caught the suspects in the crime.

Freedom of speech is of the utmost importance in a free society. However, one is not free to defame the living or the dead. It is a legal issue. It is a moral issue. And it is a religious values issue. Prophet Mohamed said don’t speak ill of the dead in order not to upset the living.

Always, especially when there is a crime, let’s withhold judgment until the facts are clear. Let’s help the police and the detectives do their work. It is in the interest of all of us not to present conjecture as fact and wittingly or unwittingly delay an investigation. Let’s not dishonor the dead by speaking ill of them-especially when it is without basis in fact. Let’s respect grieving families and friends.

Ms Aljanabi was twice victimized- by those who killed her and by those who spoke ill of her, not respecting her dignity or the mourning of her friends and family.