American Heroes against hate and terror: 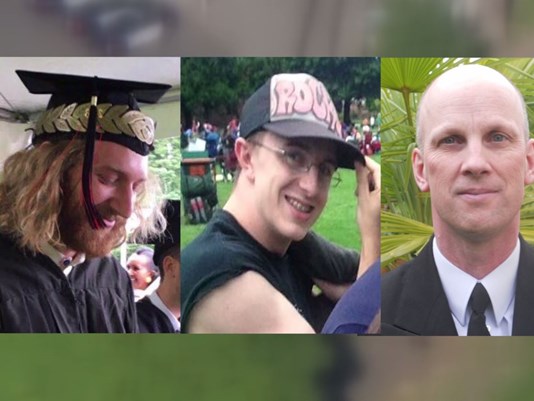 American Heroes against hate and terror:
The American Human Rights Council (AHRC-USA) expresses its profound sympathy and condolences to the families of the two American heroes, Mr. Taliesin Myrddin Namkai Meche and Rick Best who were killed in a cold blood murder by Jeremy Joseph while trying to protect two young Muslim Americans on Friday, May 28, 2017 in the city of Oregon, State of Portland.
.
AHRC also expresses its wishes for speedy recovery for the third victim of this vicious act of hate, Mr. Micah Fletcher, who is in critical condition for severe injuries. We are deeply troubled by the senseless violence and this hate-crime that is grounded in ignorance that shocks the conscience.

These three American heroes resemble America at its best acting against hate, racism, and bias. The three men stand up for fellow human beings. In their deeds they embodied the American values honoring coexistence and inclusion. Their humanitarian intervention resonated around the world and did more to improve America’s standing in the world than any words could.

“The Universal Declaration of Human Rights and the Declaration of Independence are just words unless we as a society and as individuals are willing to act in them,” said Imad Hamad, AHRC Executive Director. “These courageous men lived JP their obligations to fellow human beings. They are out heroes,” concluded Hamad.

There is a fundraising drive taking place on Launchgood. Please see the following link.
https://www.launchgood.com/project/muslims_united_for_portland_heroes#/