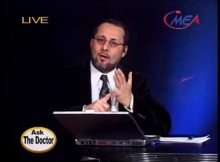 AHRC open letter
As we celebrate the good spirit of the holiday season and the new year 2015, we at the American Human Rights Council (AHRC) express our best wishes for a happy, safe and pleasant times to our friends and supporters at home and abroad.

As we bid farewell to the year 2014 and welcome the New Year 2015, we are reminded of the huge challenges that our world faced in 2014 and will continue to face as to the state of human rights in the USA as well as in the rest of the world. The countless tragedies that we witnessed provide a living example to the long journey awaiting us to advance our common human bond and help create a world free of torture and injustices. We work for a world of true, genuine, just and lasting peace to every person and every nation across the globe.

As we welcome the New Year, we are reminded that the core and basic values of human rights must be protected, preserved, respected and advanced where our common humanity comes first and where Humanity unites us on behalf of our common good. It’s the world of peace that all people deserve regardless of faith, origin, nationality or race. It’s the human values that must be equally granted to every human being as human rights are God made and not a human made.

The recent CIA torture report, the Ferguson saga and the New York tragic murder of the two Police officers are constant reminders to all of us that a world of justice and peace is a choice before us, to make or not to make. The escalation of violence, extremism and acts of terror are nothing but our common enemy. The cycles of wars and conflicts all over the world especially in the Middle East region continues to take place in Syria, Iraq, Yemen, Egypt , Palestine, Lebanon, Bahrain and the list goes on where human rights are being violated on daily basis with no regard to any law or value. The threat presented by the Islamic State (IS) is one example of several others that escalate the sectarian divide and conflict where innocent people are the victims of these atrocities and inhumane actions. We are also reminded with the continued occupation of Palestine and miserable inhumane conditions that Palestinians and particularly Gazans have been coping with.

We at the AHRC like all other fellow human rights groups in the USA and abroad are determined to do our share and our humble duty not only to defend but to advance the cause of human rights. Last but not least, AHRC will continue its diligent work promoting prisoners’ rights as one key task of our local effort in Michigan and the rest of the USA where no prisoner should be left behind nor is to be forgotten. Our AHRC team is committed to move forward the cause of human rights and with your continued support, we are confident of our success. Once again, we wish you all, our friends and supporters, a happy holiday season, a merry Christmas and a happy new year. We hope and pray that the year 2015 will mark the end of many if not all the tragedies in the world and we all celebrate a year of human rights advancement.

Dr. Opada Alzohaili completed his internal medicine degree from Damascus University Medical School in Damascus, Syria.  He had his internal medicine training at Wayne State University and finished Endocrinology fellowship at the Cleveland Clinic Foundation in Cleveland, Ohio.  He is an assistant professor of endocrinology at Wayne State University in Detroit.  In addition to his private practice, Dr. Alzohaili has been an investigator in over 110 clinical trials for type 1 and type 2 diabetes mellitus, osteoporosis, cholesterol and heart disease.  He loves to talk about diabetes prevention and management through public well-attended seminars at Sinai Grace People medical college programs, Garden City hospital diabetes education day, local community and religious centers throughout the Detroit Metro area and appeared on multiple local radio programs.

He was voted as teacher of the year by Sinai Grace Hospital internal medicine program for three (3) consecutive years, top doctors by Detroit Hour Magazine, teacher recognition award by other internal medicine and family practice teaching programs. He has a passion for diabetes control in the hospital and recently was appointed the head of the first diabetes control team in one of the largest hospital in the area where he monitors compliance with diabetes protocols that he helped to create in the last five years