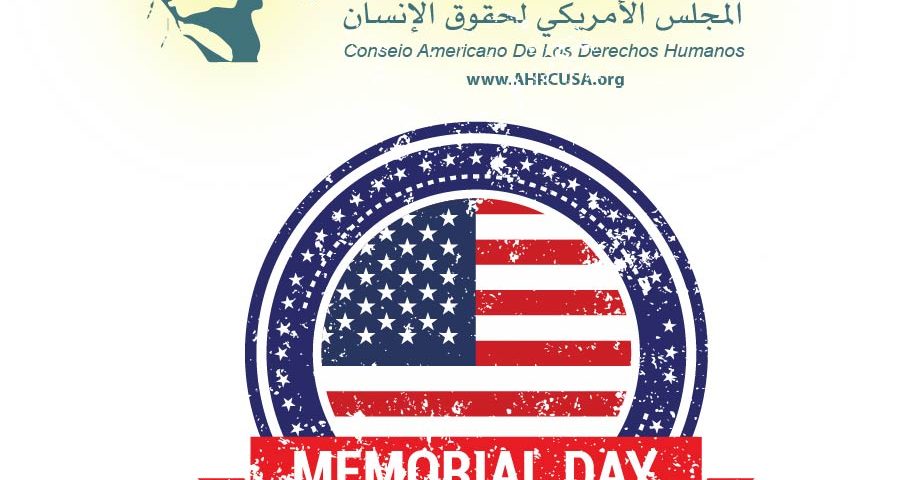 The American Human Rights Council (AHRC-USA) joins all Americans in observing Memorial Day on Monday, May 28, 2018.  AHRC wishes all a safe and pleasant Memorial Day weekend.

Memorial day serves as an occasion not only to honor those who served and gave their lives, but also to honor the living veterans  many of whom continue to face serious challenges.

AHRC-USA wishes everyone a safe, peaceful and pleasant holiday and calls upon all fellow citizens to participate in Memorial Day events in Dearborn, Detroit and other areas in Michigan and across the United States.

In the Detroit area, the city of Dearborn holds an annual Memorial Day Parade that is considered one of the largest in the country and is one of the oldest tradition in Michigan. AHRC calls on everyone to participate in Dearborn’s 94th annual Memorial Day Parade on Monday May 28, 2018 at 10:00 a.m. This year’s Dearborn parade will travel in a new direction. For more information visit:  http://www.cityofdearborn.org/articles/834-memorialday-3 or call: 313-943-2885

“This Memorial day we remember the millions of men and women who have served in the military and we honor those who gave the ultimate sacrifice,” said Imad Hamad, AHRC Executive Director. “A visit to any national cemetery is a sobering experience with lines and lines of graves of individuals of all backgrounds and faiths who died defending the country,” added Hamad. “All of them fought and died to defend the values of this country- liberty and justice for everyone,” concluded Hamad.