AHRC welcomes the United Nations resolution on the illegality of Israeli settlements in the West Bank and Jerusalem: 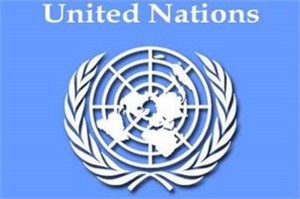 The American Human Rights Council (AHRC-USA) welcomes the United Nations Security Council Resolution 2334 of December 23, 2016 adopted by a 14-0 vote, with the US abstaining. The resolution, in crystal clear language, reminds the world, and Israel, that Israeli settlements are illegal and an obstacle to peace. The resolution builds on a long history of the UN’s clear position as to the illegality of settlements and the acquisition of land by force.

UN involvement in the Palestine issue is not new and international law and international resolutions clearly indicate that Israel has been violating international law for years while relying on the US veto to get away with flagrant violation of the law. The language of the resolution is instructive. The text of the resolution reads in part: “Reaffirming its relevant resolutions, including resolutions 242 (1967), 338 (1973), 446 (1979), 452 (1979), 465 (1980), 476 (1980), 478 (1980), 1397 (2002), 1515 (2003), and 1850 (2008), Guided by the purposes and principles of the Charter of the United Nations, and reaffirming, inter alia, the inadmissibility of the acquisition of territory by force, Reaffirming the obligation of Israel, the occupying Power, to abide scrupulously by its legal obligations and responsibilities under the Fourth Geneva Convention relative to the Protection of Civilian Persons in Time of War, of 12 August 1949, and recalling the advisory opinion rendered on 9 July 2004 by the International Court of Justice,…”

For years, the US and the rest of the world community, have declared that a peaceful resolution of the Palestinian-Israeli conflict involves a two-state solution. Israel has repeatedly ignored world opinion and violated international law by making peace noises while creating facts on the ground that make the two-state solution impossible. Even after the signing of the Oslo Accords, Israel violated their letter and spirit by continuing to build settlements and create facts on the ground in the West Bank and Jerusalem hoping to confront the world with a fait accompli. World efforts at the UN to check Israeli duplicity have always been thwarted by the US exercising its veto. US abstention is a departure from a tradition of the US enabling Israel to continue to violate international law and the human rights of the Palestinians while ignoring the world community.

AHRC-USA salutes all the United Nations Security Council members who voted for this just and fair resolution. Also, AHRC commends the Obama Administration for departing from the inconsistent US policy of declaring the settlements illegal while vetoing UN Security Resolutions that state the very same position.

AHRC-US affirms that the world has spoken clearly and unequivocally through the UN resolution. The world supports the two-state solution for the conflict and holds that Israel’s actions post- 1967 in Jerusalem and the West Bank are violations of international law and are null and void.

AHRC-USA urges President Elect Trump to build on Resolution 2334 in moving the Middle East region toward a fair and lasting peace.

“For years, American presidents criticized Israel’s settlement policy while at the same time vetoing the UN Security Council resolutions that declare the settlements illegal,” said Imad Hamad, AHRC Executive Director. “Abstaining from vetoing resolution 2334 is a departure from that inconsistency and, we hope, in the interest of peace and justice, that President Elect Trump builds on that resolution to move the peace process forward,” continued Hamad.