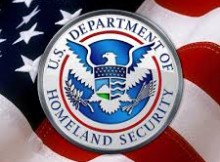 The American Human Rights Council (AHR-USA) welcomes the Department of Homeland Security  (DHS) designation of Yemen for the Temporary Protected Status (TPS). The announcement was made on September 2, 2015 as a result of persistent efforts launched by AHRC and other community organizations locally and nationally since the inception of the Yemeni conflict that began in March of this year. TPS is a humanitarian measure taken as temporary relief to citizens of troubled countries who happen to be in the US out of legal status. AHRC hopes that granting TPS to nationals of Yemen will help relieve some of the stresses caused by the Yemen crisis. The UN has declared Yemen as one of the worst humanitarian crises facing the world. AHRC commends the DHS for designating Yemen for TPS.  TPS reflects the best traditions of this country in providing humanitarian aid during times of crises.

AHRC hopes that such decision will be followed with other decisions regarding evacuating Yemeni Americans stranded in the middle of the war zone.

“We are gratified to see that our effort has helped spark a campaign that ended up with the granting of TPS for Yemen. This success highlights the important of advocating for human rights. This success is the success of our supporters and donors.” said Imad Hamad, AHRC Exceutive Director. ” We promise to continue to zealously advocate for human rights causes in the US and abroad,” continued Hamad.