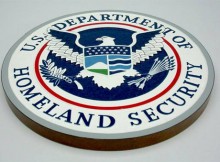 AHRC welcomes the Department of Homeland Security (DHS) granting nationals of Yemen and residents of Yemeni origin in the USA limited relief considering the ongoing war and conflict in Yemen. Many Yemenis have found themselves in legal limbo in the US due to circumstances beyond their control, the conflict in Yemen. However, “Humanitarian Situation” designation provides limited relief and falls short of Temporary Protected Status (TPS).

AHRC along with Yemeni Americans organizations, has advocated for TPS for Yemen, a relief that DHS usually grants in situations similar to Yemen’s. The current situation in Yemen and the escalating conflict and the human crisis caused by the conflict make Yemen extremely dangerous and deserving of TPS designation.

AHRC asks again that the immigration enforcement agencies, especially Immigration and Customs Enforcement ( ICE), revisit Yemeni nationals’ cases and consider their release, given that removal is not going to be effected in the foreseeable future. The Yemeni nationals who are not a flight risk nor pause any safety concern should be released until removal could be effected. It is unfair for these detainees to hold them pending removal when removal will not be effected in the near future.

For more information about the recent announcement that Yemenis have a “Humanitarian Situation” please visit:  http://www.uscis.gov/humanitarian/special-situations

For more information and assistance, contact The National Association of Yemeni Americans ( NAYA ) at 313 842 8402.