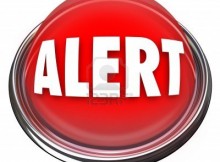 As Muslims celebrates Eid Al-Fiter this week, The American Human Rights Council (AHRC-USA) reminds the American Arab & Muslim community at large, the mosques and worship places to practice extra caution during the Eid services, prayers and gatherings. The unfortunate increase of Anti-Muslim rhetoric and the few reported incidents targeting Muslims are alarming and mandate such precautionary safety measures.

AHRC-USA commends the law enforcement agencies, which have always provided special assistance to the Mosques during such holidays and occasions. AHRC-USA asks all citizens to be responsibly vigilant and report any suspicious behavior immediately to the Police. AHRC-USA stresses that safety and security is a collective responsibility between the government and people.