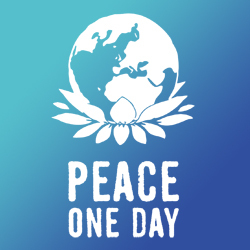 The United Nations General Assembly declared September 21 to be International Peace in 1981 and again in 2001 to advance and promote peace around the world among nations and people. This year, the United Nations’ theme for International Peace Day is “The Sustainable Development Goals: Building Blocks for Peace.”  The Sustainable Development Goals (Global Goals) were adopted by all 193 member states at the UN General Assembly in 2015. All member states, civil society, and global citizens are now one year into working to fulfill all 17 Global Goals by the year 2030.

As the world tunes in to the 71st Session of the United Nations General Assembly meeting in New York this week, the commemoration of International Peace Day is met with a rising global refugee crisis, civil war and conflict in Syria, Yemen, Burundi, South Sudan, and Darfur. Gun violence is on the rise in cities across the United States, and children around the world are facing multiple challenges just to attend school.  It is important that the principles of peace are in the forefront of every conversation by every world leader at the UN General Assembly meeting.