AHRC-USA commemorates the International Day for the Elimination of Violence Against Women on Friday, November 25 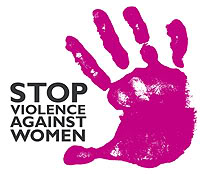 The American Human Rights Council (AHRC-USA) joins the United Nations, countries around the world, community partners and global citizens in recognition of the International Day for the Elimination of Violence Against Women on Friday, November 25, 2016. This day, and the following 16 Days of Activism (November 25-December 10) is a time the global community sets aside every year to raise awareness and build support around the elimination of violence against women in all its forms.

According to the World Health Organization, violence against women is a major public health issue around the world. Violence, particularly intimate partner and sexual violence, affects women and their families in every society regardless of socio-economic status. The World Health Organization has reported that globally, 1 in 3 women have experienced physical and/or sexual intimate partner violence, or non-partner sexual violence. This amounts to 35% percent of women around the world. http://www.who.int/mediacentre/factsheets/fs239/en/

“Violence against women and girls in any form is a violation of her human rights and human dignity,” said Imad Hamad, AHRC-USA Executive Director. “The health and well-being of our global communities will depend on advanced gender equality and the complete elimination of gender-based violence,” added Mr. Hamad.

AHRC-USA urges all to learn more about the impacts of violence against women and girls and to actively engage in the movement to end gender-based violence globally.

To learn more about the International Day for the Elimination of Violence Against Women and the 16 Days of Activism, please visit http://www.un.org/en/events/endviolenceday/