AHRC urges participation in the anti Muslim Ban 3.0 protest this Friday in Detroit: 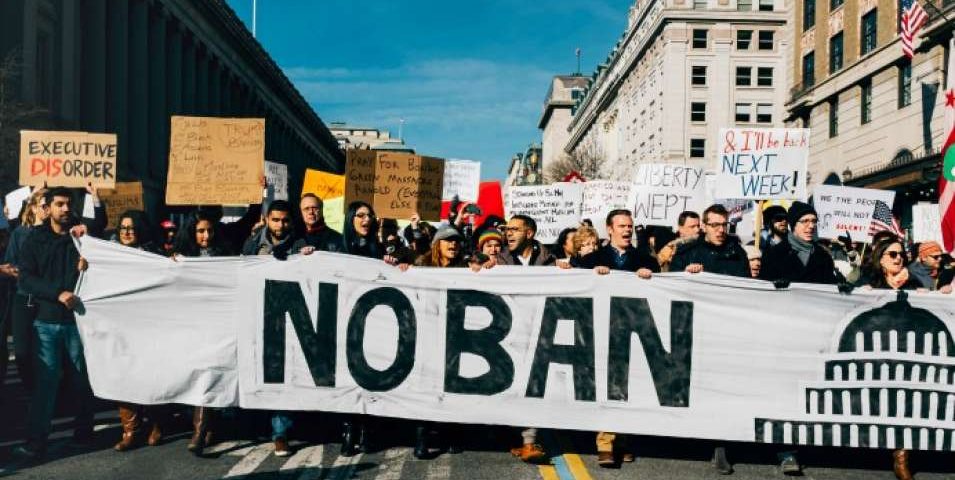 On Friday, October 27, 2017 at 2:30 p.m., a public protest against President Trump’s third version of the Muslim Ban will be held in Detroit. AHRC urges participation in this symbolic protest against policies of discrimination grounded in religious animus.

In recognition of the important role the judicial branch is playing in protecting America’s  democratic values and law, the protest will be held in downtown Detroit at the steps of the US District Court- Eastern District located at 231 West Lafayette Boulevard. All concerned citizens are urged to join this symbolic stand against bigotry and discrimination. The protest organizers hope to send the clear message that the safety and security of our nation is important and is best served by utilizing policies grounded in facts, not fiction.

AHRC urges participation in this important event. AHRC stresses that the challenge of dealing with immigration related challenges in America is not confined to the ban issue. We continue to advocate for a comprehensive immigration reform that respects the human rights of everyone.

“One way to participate in the political process is through joining protests and demonstrations,”  said Imad Hamad, AHRC Executive Director. “We urge supporters of human rights to send a peaceful message against discrimination and religious animus,”added Hamad.

For more information, please contact Mr. Ibrahim Aljahim 313-658-1966 or via email at: ibrahimaljahim@yahoo.com.