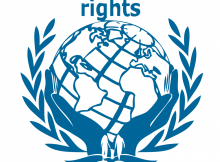 [Michigan, December 3, 2014]: The American Human Rights Council (AHRC) will be holding its Meet & Greet Reception tomorrow Thursday, December 4, 2014 at 6:00PM. The Reception is by invitation only and will be held at Byblos Banquet Hall located at 7258 Chase Rd in Dearborn. The Meet & Greet will serve as an opportunity for AHRC to explain to friends and supporters its mission, vision, mandate, initiatives, programs as well as its organizational structure.

“Human rights are precious to all of us,” Imam Mardini said. “AHRC will fulfill strong commitment to protecting the rights of all individuals. With the support of our members, along with the community-at-large, AHRC  will be successful in protecting and restoring human rights wherever they are threatened or denied,” continued Imam Mardini, Interim AHRC President.

“In my 20 or so years volunteering in the jails and correctional facilities across the state of Michigan I see a great need for such organization. Human rights to prisoners and anyone whose basic human rights are violated or denied regardless of their skin color, language or race must be protected and restored.”  Said Imam Elturk, AHRC Executive Committee member.

“Speaking out against torture is relevant to all Americans because the use of torture as a means of punishing individuals or as a quasi-judicial method to extract information outside of the judicial system erodes the very foundation of the civil rights that we enjoy today,” said AHRC Executive Board Member Professor Michael Thomas. He added “We all stand united towards a world free from torture.”

“Working on the Abu Gharib case, I have developed a keen sense of appreciation for prisoners being afforded their proper rights.  We have the duty and obligation as an organization and a people to ensure that prisoners are treated as human beings. They are often a neglected group in our society.”  Said Atty. Shereef Akeel, AHRC Advisory Board Chairman.

” The protection of one’s Human Rights is changing the world for the better.” Said Minnie Washington, AHRC Executive Board Member

“The use of torture in our world today undermines our combined commitment to uphold the fundamental civil rights for every human being,” said AHRC Legal Advisor, Mohammed Alomari, Esq. He added “Torture cannot be justified under any circumstances as it is one of the most profound human rights abuses that should not be tolerated.”

“ Our nation cannot be a leader of the world in the area of human rights while having 11 million human beings daily living in fear and with their human rights threatened in every conceivable way,” continued  Imad Hamad, AHRC Acting Director.

The AHRC will introduce its incoming President, Executive Committee Board Members and general board members. Invited guests include community leaders, elected officials and representatives.  Attendance is by special invitation only. Media are welcome, however, kindly RSVP to info@ahrcusa.org . For more information call 313-914- 3251 or email our office.