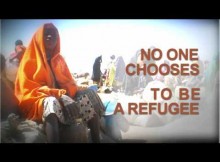 The American Human Right Council (AHRC) recognizes the World Refugee Day which is observedJune 20 of every year. The UN General Assembly has designated June 20 as World Refugee Day. Refugees face challenges due to their statelessness. The state system is organized around states and citizens’ rights. Being a refugee presents a harsh reality for human beings who do not have the protection of a country.

According to the UNHCR, the UN Refugee Agency, there are more than 50 million refugees around the world, half of which are women and children. The Palestinians remain the oldest unsettled refugee community under occupation.  The ongoing conflicts in Iraq, Syria and Yemen  has added millions of displaced Arab refugees to the huge global refugee population.

“There are millions of human beings that are being denied basic human rights due to their refugee status” said Imad Hamad AHRC Executive director. “We urge the world community to work more seriously on repatriating or resettling the refugees of the world,” continued Hamad.