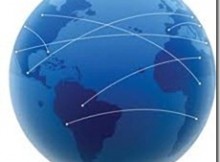 The International Migrants Day was proclaimed as such by members of the United Nations Assembly including the United States of America on December 4, 2000. On December 18, 1990 the United Nations adopted the International Convention on the Protection of the rights of all migrants’ workers as well as their families.  United Nations members signed a universal Declaration recognizing the migrant’s community valuable contributions stressing on fair labor standards and respect of human rights, the human dignity and condemning racism and discrimination. To read more visit: http://www.un.org/en/ga/search/view_doc.asp?symbol=A/68/L.5

AHRC while it observes this important day this year recognizes the cycles of continued violations of basic human rights of fellow humans. AHRC calls upon all nations, groups and individuals to fully respect the Declaration signed regarding the Migrants community and to live by it.

AHRC joins our nation’s   national debate in calling for a comprehensive immigration reforms in America. For many years undocumented immigrants have been hopeful for a change in immigration law that would help them achieve legal status in the US. There are almost eleven million undocumented immigrants in the US.  The overwhelming majority of these immigrants are either working to help support their families abroad or helping raise or support American citizens or American permanent residents. President Obama’s Executive Order offers temporary relief from removal to an estimated five million immigrants who have children, who are either American citizens or permanent residents