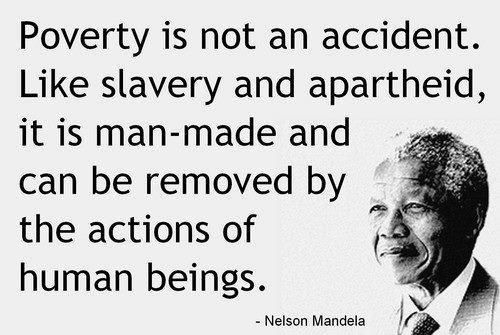 [July 18, 2017]: The American Human Rights ((AHRC-USA) Council joins people throughout the world as they honor the lifelong work, legacy, leadership and activism of Nelson Mandela on the occasion of the United Nations’ Nelson Mandela International Day on July 18, 2017.  AHRC recognizes Nelson Mandela’s service to humanity as a former South African President and anti-apartheid activist.

In 2009, the United Nations General Assembly unanimously voted to set aside July 18, the day Nelson Mandela was born, as Nelson Mandela International Day to honor his lifelong work and activism in his fight for the advancement and protection of civil and human rights for the people of South Africa and for people around the world. The General Assembly, in 2015, extended the scope of Nelson Mandela International Day to also promote humane conditions of imprisonment, to raise awareness about prisoners being a continuous part of society and to value the work of prison staff as a social service of particular importance.

AHRC-USA celebrates this year’s special occasion amidst a world thorn by injustices, war, conflict hunger, poverty and racism. AHRC-USA urges all peace-loving people to support the Nelson Mandela Foundation in dedicating this year’s Mandela Day to Action Against Poverty, honoring Nelson Mandela’s leadership and devotion to fighting poverty and promoting social justice for all.

Nelson Mandela devoted most of his life serving humanity. Throughout 67 years of service, the world leader inspired and impacted people across the world serving as a human rights lawyer, international peacemaker and the first democratically elected president of a free South Africa.

“A fundamental concern for others in our individual and community lives would go a long way in making the world the better place we so passionately dreamt of,” said Nelson Mandela who died December 5, 2013.

AHRC-USA calls upon peace loving people throughout the world to celebrate the day by giving back to their communities and make it a day of action to serve our common humanity.

“Nelson Mandela’s legacy is a legacy of human conscious,” said Imad Hamad, AHRC-USA Executive Director. “Mandela’s day is day of renewed commitment to make this world and world of peace, equality and justice for all.”