AHRC: PROTECTION OF SYRIAN CIVILIANS IS THE INTERNATIONAL COMMUNITY’S OBLIGATION: 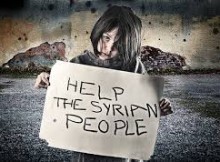 [Michigan, September 25, 2014]: The American Human Rights Council (AHRC) joins the human rights groups and partners in calling upon the United Nations and its member states  to ensure the safety and the well-being of the Syrian civilian population while addressing the Syrian crisis during the current United Nation session. AHRC demands that the primary focus and the focal issue of interest and concern to the world should be helping secure and ensure the safety of the civilians who have been the chief victims of this ongoing conflict in Syria for the past 3 years.

AHRC calls upon all the parties involved in this conflict to respect international law and in particular the human rights of all noncombatants. Targeting schools, hospitals, shelters and other civilian infrastructure is a blatant violation of human rights and increases the suffering of the civilians who are often caught in the middle. AHRC joins the human rights community in the USA and globally in demanding immediate increase in humanitarian aid to the Syrian people. The growing number of displaced Syrians leaving for neighboring states, the massive destruction, the increasing death toll and the large number of injured people pose a tremendous crisis, one of the most concerning these days. Syria has been a battlefield for several fighting groups causing a true tragic and multifaceted crisis  with the Syrian people its primary and chief victim.

“The Syrian crisis is a true human tragedy” said Imad Hamad, AHRC Acting Director. “it is the whole world’s responsibility to ensure the safety of the Syrian civilians and lend them the much needed help to ease this suffering. The crisis is extraordinary and it truly needs an extraordinary intervention,” continued Hamad.

To read more on this topic, please visit: