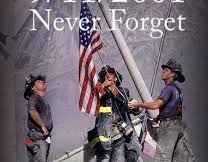 The American Human Rights Council (AHRC) supports Patriot Week and encourages its friends and supporters to partake of the Week’s activities.  Patriot Week renews America’s spirit by celebrating the First Principles, Founding Fathers and other great Patriots, vital documents and speeches, and flags that make America the greatest nation in world history.

Many of current holidays have become overly commercialized or have lost their deeper meaning. We need to invigorate our appreciation and understanding of America’s spirit. Anchored by the key dates of September 11 (the anniversary of the terrorists attacks) and September 17 (Constitution Day, the anniversary of the signing of the Constitution by our Founding Fathers), the schedule for each day has a separate focus.

Among the First Principles celebrated are racial and gender equality, as well as the rule of law, inalienable rights, the Social Compact, limited government, and the right to alter or abolish an oppressive government.  Patriot Week also educates about the Constitution, the Bill of Rights, and the 14th Amendment – all essential First Principles and documents to the mission of AHRC.  Co-created in 2009 by Judge Michael Warren and his then 10-year-old daughter Leah, Patriot Week has captured the imagination and support of citizens across the nation.  Patriot Week is 100% non-partisan, and embraced by many elected officials, schools, and community organizations.

To learn more about Patriot Week, visit www.PatriotWeek.org.  We encourage attendance at their events, a listing of which can be found at http://patriotweek.org/events/2014-events/.