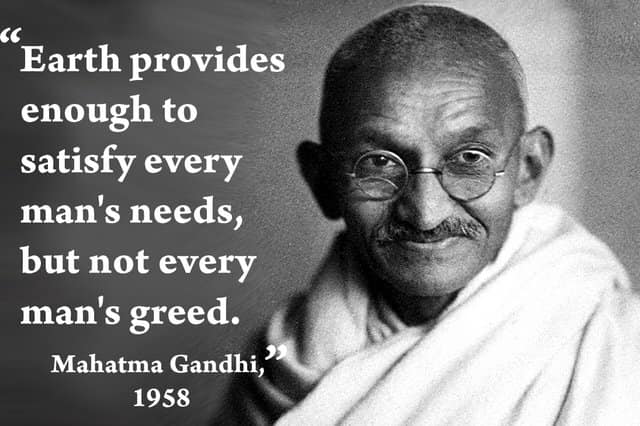 The American Human Rights Council (AHRC-USA) joins all peace-loving people and the global community in recognizing, observing and celebrating the International Non-Violence Day that falls annually on October 2. The day coincides with and is dedicated to It is renowned Indian leader and legend Mahatma Gandhi.
According to United Nations General Assembly resolution A/RES/61/271 of 15 June 2007, which established the commemoration, the International Day is an occasion to “disseminate the message of non-violence, including through education and public awareness”. The resolution reaffirms “the universal relevance of the principle of non-violence” and the desire “to secure a culture of peace, tolerance, understanding and non-violence”.
This occasion serves as a constant reminder of the challenges facing the world. The culture of violence, crossing and including all groups, is on the rise and merits effective global collaboration to face and defeat. The advancement of the culture of respect for human dignity and human rights is the basic foundation to combat the culture of violence and fear.
AHRC-USA affirms that through education and public awareness, together, locally, nationally and globally we can fight and defeat the culture of violence, hate, terror and extremism. We should resist the calls to falsely demonize any group of human beings as intrinsically violent. No society and no nation are immune from violence and hate.
Non violence works and has helped advance the human rights agenda throughout the world. The Civil and Human Rights Movement and the demise of Apartheid in South Africa are notable examples of non violence helping end injustices. Peace, justice and respect for human rights require collaboration by well- meaning people locally and globally.
“Ghandi does not only belong to India, he belongs to humanity,” said Imad Hamad, AHRC Executive Director. “Ghandi’s example, as well as Martin Luther King’s legacy, continues to inspire us in our struggle to promote human rights,” concluded Hamad.
Dear author, Your story is published and below is a link to the publication http://www.thenigerianvoice.com/news/271200/ahrc-observes-the-international-non-violence-day-today.html