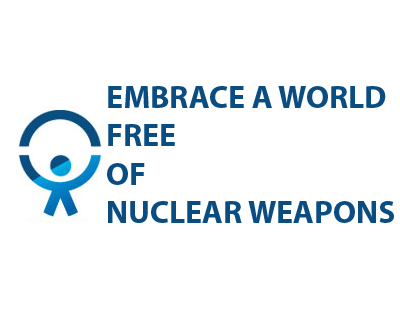 The American Human Rights Council (AHRC-USA) joins the global community in observing the International Day Against Nuclear Tests that falls on August 29 of every year.

The International Day against Nuclear Tests was unanimously adopted as Resolution 64/3 on December 2, 2009 at the 64th session of the United Nations General Assembly.  The goal was to promote the goal of global nuclear disarmament. As a follow up to this treaty, in May 2010, all parties to the Treaty on the Non-Proliferation of Nuclear Weapons agreed to work to “achieve the peace and security of a world without nuclear weapons.”

The International Day against Nuclear Tests is a day to raise people’s awareness of the threats that nuclear weapons and nuclear tests present to all humanity.

AHRC affirms that a world free from nuclear weapons is important to the future of all humankind. AHRC calls upon all nations in the world to work on achieving a nuclear weapon free world.

“Nuclear weapons inflect massive damage without discriminating between military targets and non-military targets, combatants and non- combatants,” said Imad Hamad, AHRC Executive Director. “We urge all countries in the world to sign the Non-Proliferation on Nuclear Weapons treaty and get rid of their nuclear weapons,” added Hamad.

Your story is published and below is a link to the publication http://www.thenigerianvoice.com/news/269945/ahrc-observes-the-international-day-against-nuclear-tests.html