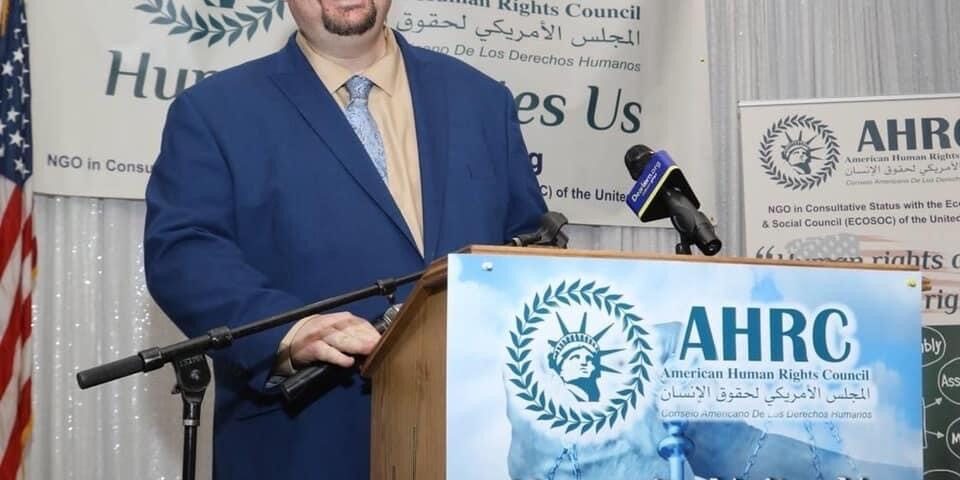 The American Human Rights Council (AHRC-USA) joins the family and friends of the late State Rep. Isaac Robinson in commemorating the second anniversary of his passing away. Rep. Robinson died on March 29, 2020, at the young age of 44. His death is believed to be Covid- related, occurred during the peak of the Covid crisis.

Rep. Robinson is the son of former State Rep. Rose Mary Robinson. He was elected in 2018 and his district (District 4) includes Hamtramck and part of central Detroit, currently served by State Rep. Abrahim Ayash. He was a devoted public servant who served his district and the people of Michigan with honor and selfless dedication and integrity.

Rep. Robinson was a founding member of the AHRC. Despite his early death, Mr. Robinson made a big difference during his short life on this earth. He was an indispensable ally of AHRC. One of our pillars.

Two years have passed and Isaac’s memory continues to be alive in the hearts of his friends and family. He was truly a unique person and a unique public servant. He had immense energy and considered his public service an around the clock commitment. He was an honorable man who was a tireless fighter and advocate for social justice, equality, civil rights, and human rights. He was a bridge builder who connected with people of all kinds of backgrounds. He was blessed with the ability to connect with people of all kinds of background. He was empathetic and empathy is what we all need these days.

“Isaac was a close personal friend and an indispensable partner in carrying out the AHRC mission,” said Imad Hamad, AHRC Executive Director. “They say with time, people forget and move on,” added Hamad. “We haven’t. We still miss him dearly,” concluded Hamad.
###