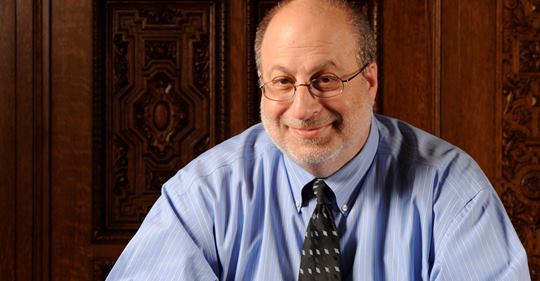 The American Human Rights Council (AHRC-USA) mourns the passing of Mr. Jonathan Wolman, Editor and Publisher of Detroit News, who died yesterday after a long and bitter struggle with cancer. Our thoughts and prayers go to his family and to the Detroit News family as well as to his friends.

Jon was a friend of AHRC and we valued his friendship. Jon was truly an honorable man. As a publisher, he gave journalism its true meaning as a serious mission of public service. Regardless, if you agreed or disagreed with him, he was a gentleman and a believer in dialogue grounded in mutual respect. Jon was a role model and his legacy will continue to inspire others.

Jon was a humble man. Despite his prominent position within the media world, Jon remained down to earth. Jon never made political differences, or other differences, a reason to divide and create conflict. He was an honorable man at a time when the 24- hour news cycle and social media have turned the news world into a free- for- all circus. Jon remained true to journalism as an honorable mission that serves the public good.

“I consider the death of Jon a personal loss,” said Imad Hamad, AHRC Executive Director. “I have known him for many years and my respect for him only increased with time. Despite his many responsibilities, he was accessible when needed,” added Hamad. “Jon was a true gentleman. Our AHRC Gala this year will not be the same without Jon,” concluded Hamad.

A service will be held Wednesday, April 17, at 11 a.m. at Temple Beth El, Bloomfield Hills. Donations may be made in Mr. Wolman’s name to the Committee to Protect Journalists, the University of Wisconsin School of Journalism, and Jewish Family Services of Metro Detroit.