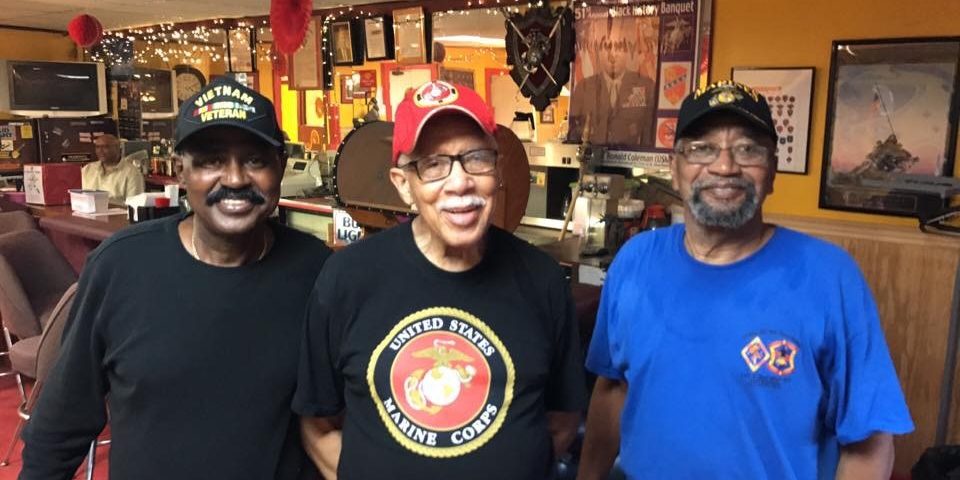 The American Human Rights Council is calling on the metro area community to help raise funds and volunteer to prepare the Detroit MCL headquarters for the arrival of the Marine Corps. Its headquarters needs roof repair, landscaping, window covers and the removal of old air conditioners.

Montford Point Detachment #158, the only Marine Corp League in the city of Detroit founded by some of the original Montford Point Marines has been selected by the United States Marine Corps. to receive a mural to be painted across the front of its headquarters.

We are proud to join this coalition honoring the service and legacy of African-American Marines and the deep 61 years of service by Montford Point Detachment #158 MCL.    It is important that the community comes together to help prepare for the historic mural dedication on September 9th, 2017,” said Imad Hamad, Executive Director, AHRC.