AHRC is deeply troubled by the US House of Representatives’ Repeal of the Affordable Care Act, Urges Mobilization to push back in the Senate: 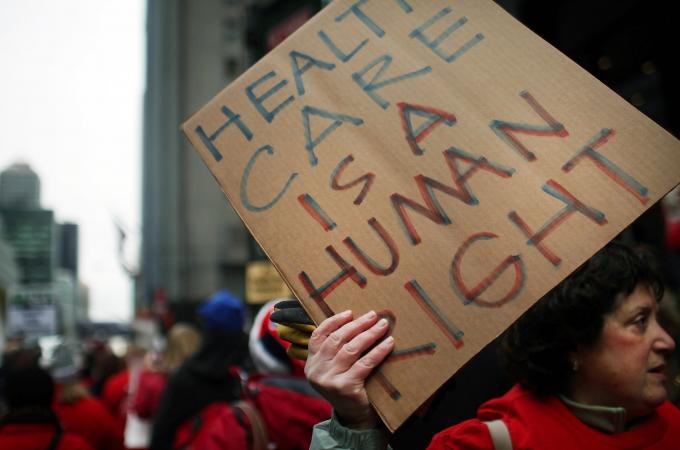 The American Human Rights Council (AHRC-USA) joins millions of Americans in expressing its deep disappointment and concern regarding the repeal of the Affordable Care Act (ACA). The repeal bill passed in the House with a margin of 217-213.

The ACA is a law that has provided much needed relief to millions of Americans who did not have healthcare coverage or who had healthcare coverage issues. With the repeal of the law, millions of Americans will find themselves struggling under the crushing weight of medical issues related to affordable medical care that they need for their very survival.

We have a bicameral legislative branch. The Senate must also vote on repeal and this has not happened yet. AHRC believes that access to healthcare is a human right and urges the US Senate and all other elected officials to engage in a constructive dialogue over the issue of healthcare. There are millions of Americans in dire need for health care services and a repeal of the ACA means that many will not be getting the healthcare they need.

Healthcare is a human right. Article 25 of the United Nations’ Universal Declaration of Human Rights states that “[E]everyone has the right to a standard of living adequate for the health and well-being of himself and of his family, including food, clothing, housing and medical care and necessary social services.”

The US is the richest country in the world and it can provide healthcare to its most vulnerable citizens. Healthcare is a core issue in the US today that affects millions of people. We urge the lawmakers to be mindful of the lives that the change in the law will affect.

“Today marks a great setback for human rights in the US,” said Imad Hamad, AHRC Executive Director. “Healthcare is a human right and we urge all advocates of human rights to mobilize to push back against the repeal of the ACA in the Senate,” continued Hamad