AHRC HONORS THE LEGACY OF DR. KING AND PLEDGES TO CONTINUE THE STRUGGLE FOR HUMAN RIGHTS: 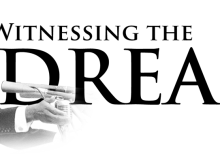 “Advancing the Struggle for Human Rights and Dignity”

[Michigan, January 15, 2015]: The American Human Rights Council (AHRC) joins the nation and all peace- loving people around the world in observing and celebrating the living legacy of Dr. M. L. king Jr., a human rights hero, a legend and a civil rights leader whose vision and determination helped transform the United States and inspired human-rights activists worldwide.

January 19, 2015 is Martin Luther King Jr’s day, a day of remembrance and a day of action to advance our struggle for human dignity and the human aspiration for equality, social justice and liberty. It is the spirit of social and racial justice that calls upon us and serves as a constant reminder that justice is a human right to every person on earth.

This year we observe MLK’s day amidst a world that is filled with wars, conflict, injustices, torture, oppression, occupation, despair, divisions and wars. We observe it as the World is still coping with the shocking cold-blooded terrorist attack that took place in Paris as well as other places in the world. It comes amidst an unfortunate rise of tensions over the police, race and the use of force. It comes at a time when all believers in human rights struggle to transform the vision and dream of MLK into a lived reality.
On this special day we affirm our unwavering commitment to the promotion of human rights and helping create a culture of respect for human rights. We seek a world of peace and human dignity for all regardless of race, color, faith, and nationality. King’s day is a day of reflection. It is a day to recall the struggle he embarked on to transform America and the world into a better place for us and future generations. It is a day to live the true values and meanings of his message and teachings. It is a day of peace and unity where we join hands as we stand shoulder to shoulder facing ignorance and building bridges of understandings. The human rights community continues to draw inspiration and hope from King’s legacy.

“Dr. King is a hero to every advocate of human rights, locally, nationally and internationally. King’s words continue to inspire us to make the world a better place for us and for future generations” said Imad Hamad, AHRC Executive Director. “Dr. King is not only an American icon, an American hero. Dr. King is known worldwide and stands for the struggle for human rights worldwide. His message of freedom, racial equality and justice is of universal appeal. It is as relevant and important today as it was when he started his struggle” continued Hamad