AHRC extends its sincere condolences to the Shaheen  family & the Community at large: 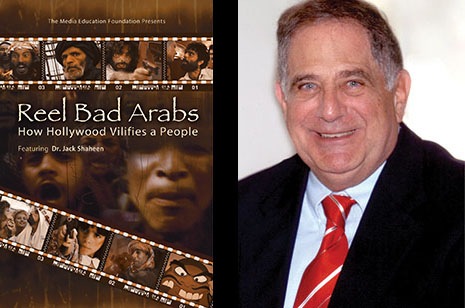 [July, 11, 2017]: The American Human Rights Council (AHRC-USA) extends its sincere condolences to the Shaheen family and to the Arab American community at large for the  passing of Dr. Jack Shaheen who died on Sunday July 9, 2017  in South Carolina at the age of  81.

Besides being a highly respected and internationally renowned  media critic and author, Dr. Shaheen was an unwavering and tireless voice against negative Arab and Muslim stereotypes  in American media. In addition to his great continuations combating stereotypes, he was a great Arab American public figure and servant who supported many good causes and educated thousands of students over the years while touching the lives of many more. Dr. Shaheen was a prolific scholar writing many books, essays, and articles.

“Our thoughts and prayers are with the Shaheen family,” said Imad Hamad, AHRC Executive Director. “Jack was a true friend, a gentleman, a great media critic and scholar, agreat humble leader and a great model of public service. He was a thoroughly decent human being,” continued Hamad