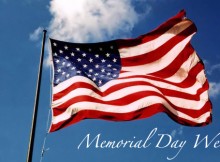 The American Human Rights Council (AHRC-USA) joins fellow American citizens in celebrating Memorial Day this weekend.  AHRC wishes everyone a safe and pleasant holiday. AHRC calls upon the community to participate in all events related to this solemn occasion as well as this year’s  Annual Dearborn Memorial Day Parade on Monday- May 25, 2015 at  9:40 a.m. in loving memory of the sacrifices made on behalf of our country. The 91st annual parade begins with a funeral procession, followed by the parade and a remembrance service.

“Memorial day is about honoring the memory of those who died to advance our liberty and our freedom. Through compassion and commitment to human rights, may we continue to work together towards a world of peace, justice, understanding and human dignity” said Imad Hamad. AHRC Executive Director.