AHRC EXPRESSES SERIOUS CONCERNS REGARDING THE STIGMATIZING OF AMERICAN CITIES AND ARAB AND MUSLIM COMMUNITIES: 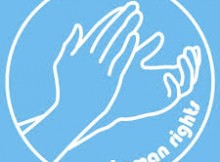 The American Human Rights Council (AHRC) joins the rest of the civil rights, civil liberties and human rights groups in expressing serious concerns regarding the reported FBI designation of a number of American cities with a significant demographic presence of Arab and Muslim Americans as “ground zero for terrorism.”  The Intercept online magazine reported that the FBI has classified a number of American cities, including Dearborn, as top cities with “known or suspected terrorists.” The AHRC reaffirms the call for a thorough review of such designation due to its serious ramifications and the negative impact on these cities especially the economic impact. In addition, such designation of these cities unfairly casts a shadow of suspicion on a large segment of the population of these cities, namely the Arab and Muslim Americans, feeding fears and prejudices and creating an environment conducive to discrimination, harassment and even hate crimes. The AHRC stands firm in requesting clear answers seeking the facts surrounding such media reports. The designation, without clear criteria and transparency, does not help enhance the concept of mutual trust between government and the public at large nor does it advance our much needed unity. Terrorism is our common enemy and the Arab and Muslim American community is an indispensable partner in this fight.

For more information on this matter, visit: