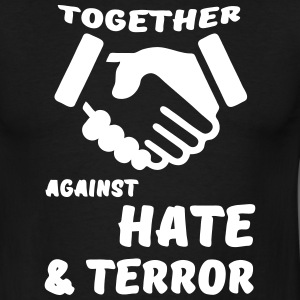 These attacks are crimes against humanity. It’s another painful reminder that the rise of human-made disasters including acts of hate, violence and terror are real and recognize no faith, race or borders. It’s a universal challenge facing our modern society and facing our civilization. This is a common challenge that is not limited to any geographical area of the globe. No society and no nation can be immune.

We should all be united against acts of terror. The American Human Rights Council (AHRC-USA) calls upon all nations to unite and put an effective strategic plan of action to face and defeat terrorism.

AHRC expresses its sincere condolences to the families of the dead and wishes all the injured speedy recovery.

“Spring and Easter are celebrations of hope and rebirth,” said Imad Hamad, AHRC Executive Director. “This hope was violated by acts of hate,” continued Hamad.