AHRC: CEASE FIRE OF THE WAR IN GAZA AND AFTER ELECTION MESSAGE. 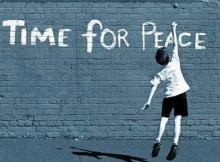 The American Human Rights Council extends its sincere congratulations to all the winners from yesterday’s local primary elections across the State of Michigan. The AHRC salutes all the volunteers who worked  throughout the campaigns and for working the polls yesterday. The primary elections are over paving the way for the upcoming general and final elections in November. AHRC reminds all fellow citizens who are not registered to vote to register immediately.  As the primary elections showed, every vote count. It is our common future and time is due to help shape it.

The  AHRC cautiously welcomes the declared 72 hours cease fire of the war in Gaza – Palestine. AHRC hopes this will serve as a window of hope for the civilians in Gaza to breathe after more than one month of repressive siege and heavy bombardment that caused huge destruction of neighborhoods, hospitals, schools, and leaving more than 2000 civilians are dead including many who are children and as many as 10,000 injured.

The level of destruction and the death toll caused by the Israeli military machine and the nature of forbidden weapons used rise to the level of war crimes committed against the Palestinians.
AHRC reaffirms its call for an independent investigation by the United Nations into these war crimes. Such crimes must not be taken lightly and the international community must uphold its common commitment of the Universal Declarations of Human Rights.

AHRC calls upon the US government and the United Nations to continue their efforts to end the conflict and restore peace. AHRC, as well as the rest of the world, recognize that the continued Israeli occupation is the root cause of this conflict and that ending the occupation is the gateway for a genuine and lasting peace.

AHRC recognizes that Gaza is a humanitarian disaster zone and urges all peace-loving people to urgently provide humanitarian aid as the Palestinian population is in dire need of assistance.

AHRC urges the concerned to support the humanitarian needs of the Palestinians by working through several relief organizations including  Life for Relief and Development,  ANERA and Palestinian Children Relief Fund : www.lifeusa.org; www.anera.org, http://www.pcrf.net/