AHRC calls for Israel to end its provocations in Jerusalem: 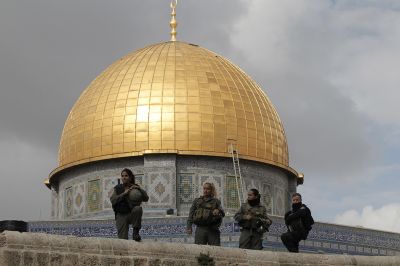 [July 21, 2017]: The American Human Rights Council (AHRC-USA) is alarmed by the closure of the al-Aqsa Mosque compound sanctuary in Jerusalem by the Israeli authorities. Israel’s actions interfering with and denying the rights of Muslims to attend prayers at the third holiest shrine in Islam after Mecca and Medina in Saudi Arabia is unacceptable.

Interference in the practice of one’s faith is a serious violation of human rights. The actions of Israel are in direct violation of the UN articles guaranteeing freedom of worship. The closure of al-Aqsa has been condemned by Muslims worldwide and criticized by advocates of human rights and religious freedom.

AHRC calls upon the international community to pressure Israel not to change the status quo by taking away from Muslims the religious control over the al-Aqsa and to allow all worshipers to attend the al-Aqsa mosque for worship. AHRC warns that the Israeli violations of the human and religious rights of Palestinians is a threat to the whole world.

In a statement, Imam Mustapha Elturk, a co-founder and board member of AHRC said, “Denying people access to their place of worship could be a tipping point to a religious conflict that may result in loss of many precious lives.” “Religious conflicts never yield peace. We pray that order be restored and that Jews, Christians and Muslims live side by side in peace.” Imam Elturk continued.

“There are enough bloody conflicts and raging fires around the world today, Israel should not add to that,” said Imad Hamad, AHRC Executive Director.” “Israel should respect the status quo that has existed for decades and honor the letter and spirit of its peace agreement with Jordan that gives Jordan guardianship over the Islamic holy sanctuary,” said Hamad.