AHRC CALLS FOR AN EXAMINATION OF POLICE USE OF FORCE, AND URGES PROTESTS OVER THE FERGUSON GRAND- JURY DECISION TO REMAIN PEACEFUL AND LAW ABIDING: 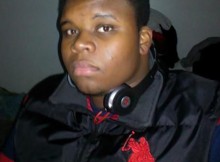 [Michigan, November 26, 2014]: The American Human Rights Council (AHRC) is deeply concerned over the decision of the grand jury to not indict the police officer who shot and killed Mr. Michael Brown. While we respect the legal system and the role of the grand jury, there are a number of unanswered questions on how the legal system deals with allegations of police brutality and/or claims of excessive use of force, particularly deadly force in encounters with minorities, particularly with African American young males. AHRC calls for a candid, reasoned and enlightened national conversation on race and for a thorough examination of the issue of policing and minorities in the United States. The death of Mr. Brown should spur us to examine issues of police use of force, transparency and accountability for police action, community trust in the police, and community policing.

As to the lawlessness and violence that broke out in the aftermath of the grand jury decision, we understand the anger and frustration, however AHRC unequivocally condemns this violence and lawlessness that is indeed engaged in by a very small group of protesters. The cause of human rights, and the right to life is the most basic human right, and dignity is not served by lawlessness and wanton destruction of property.

“I hope that we as a nation draw the right conclusions from this saga. As a nation and as NGOs interested in the cause of human rights and dignity, we need to have a serious conversation that focuses on the issues of police encounters with minorities, the use of force by the police and the importance of trust and community policing. The people engaged in violence and destruction do not represent the vast majority of peaceful protesters. The violent elements are not moving the national conversation even one inch,” said Imad Hamad, interim director of AHRC. “Indeed, they are harming the cause of human rights,” said Hamad.