AHRC announces Dr. Saleh Muslah as its new Board President 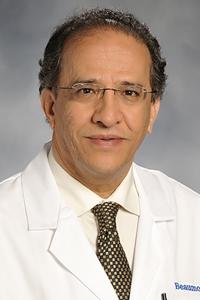 The American Human Rights Council (AHRC-USA) is pleased to announce and welcome Dr. Saleh Muslah as the AHRC Board President for the new term, succeeding Dr. Opada Alzohaili who served as the President for the past 3 years. Both Dr. Muslah & Dr. Alzohaili are founding members of the AHRC and both continue to serve on its board.

Dr. Muslah, of Yemeni, origin, in addition to being a highly- respected physician, is a well- known and well- respected community leader. He is known for his contributions to many good causes. He is active and participates in multiple community events. He is the co-founder and past president of the Yemeni American Association (YAA), former board member with the Arab American & Chaldean Council and a former member of the Community Advisory to the Governor of the State of Michigan

Dr. Saleh Muslah is a member of: the American Board of Internal Medicine, the National Boards of Medical Examiners, ACLS active, American College of Physicians, American Medical Association, and State University of New York School of Medicine Alumni Association.   He is also Medical staff member Beaumont (Oakwood) hospital and medical director of short stay unit at Oakwood hospital & Medical center in addition to prior work and positions with Henry Ford Health System.

AHRC expresses its sincere appreciation to Dr. Opada Alzohaili and his leadership of the AHRC Board. Dr. Alzohaili will continue to serve on the AHRC board.

In addition, AHRC welcomes Mr. Naveed Ashraf as the new VP of the AHRC Board succeeding Dr. Husain Saleh. Both Dr. Salih and Mr. Ashraf have been great supporters and contributors to AHRC and its mission and its programs. Dr. Husain Saleh have been a founding member of AHRC since its inception and he will continue to serve on the AHRC Board.

AHRC staff and board members are looking forward to working with Dr. Muslah as the team continues the work of advancing  the mission of AHRC.

“I am honored to have had the opportunity to serve as the Chair of the board of AHRC,” said Dr. Alzohaili, outgoing AHRC Board’s President.  “I am confident that our new Chair will provide great leadership,” added Alzohaili.

“I accept this responsibility with great honor and I appreciate all the board members vote of confidence in me,” said Dr. Muslah, AHRC Board’s President. “I thank Dr. Alzohaili for his service and leadership,” continued Dr. Muslah.

“AHRC’s work is all about team work and we have a great team,” said Imad Hamad, AHRC Executive Director. “We are confident that under Dr. Muslah’s leadership, AHRC will continue to advance its mission and make a difference nationally and internationally,” concluded Hamad.

Dear author, Your story is published and below is a link to the publication http://www.thenigerianvoice.com/news/270781/ahrc-announces-dr-saleh-muslah-as-its-new-board-president.html