A Message from our Executive Director, Board, and Members 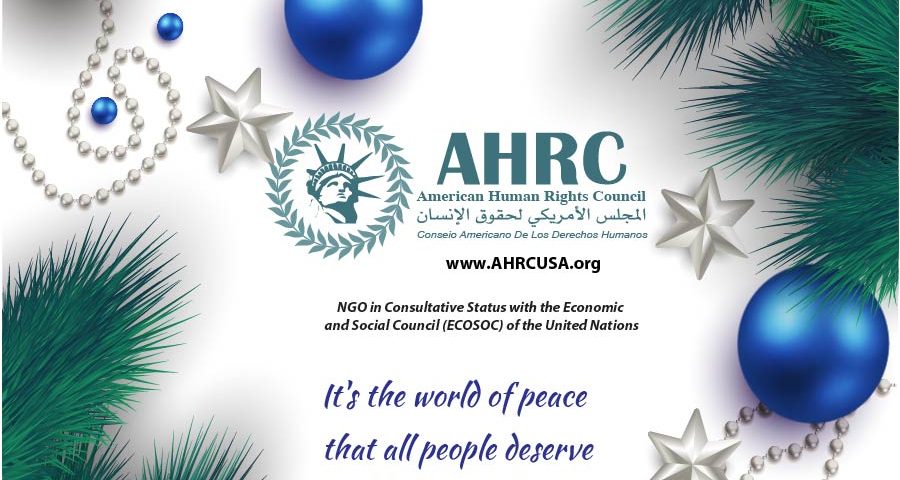 WE GET IT! The American Human Rights Council (AHRC-USA) was formed to protect, promote, and defend human rights, as defined by the US Constitution and outlined in the United Nations’ 1948 Universal Declaration of Human Rights (UDHR). Our work has focused on the rights belonging to all human individuals solely because they are human!

The America Human rights Council understood the words of the late great Nelson Mandela when he said,
“No one is born hating another person because of the color of his skin, or his background, or his religion. People must learn to hate, and if they can learn to hate, they can be taught to love, for love comes more naturally to the human heart than its opposite.”
Education and awareness has to be the most powerful weapon AHRC can use to change the world! It’s not easy to do without meaningful support.

Our communities face injustice daily. Racial inequalities are pervasive in our communities, even if they have become more inconspicuous; in fact, the insidious nature of racial discrimination in American society contributes to the widespread denial of its very existence in some of our communities. A community which tolerates injustice is doomed to fail!

The issue of human compassion and empathy, of acknowledging pain and suffering, and of beginning to heal the wounds that have long been ignored and even denied in our communities is part of AHRC mission. As long as we have such a large part of our society willing to deny the existence of racism, we will never achieve true equality. Regardless of our racial background, human suffering based on historical and lived experiences is something that we can all relate to- but only if we are willing to open our minds to the experiences of those other than our own.

Can we count on your gracious support?
Human Rights are us and we are the human rights. Human rights are God’s given rights and are not manmade rights. These rights are what make our common humanity, common world and our common future. It is our common duty and our common responsibility not only to protect and preserve these basic rights, but also to advance them through creating and advancing the culture of human dignity and human respect. Every fellow human regardless where and regardless of race, color, nationality and origin deserve this equal right.

Help AHRC continue its noble work and reach its Goal:
AHRC employed its media outreach and grassroots mobilization to shape and advance human rights and protect individuals through developing informational materials on human rights issues in the United States of America and abroad. The AHRC “Prisons and Family Gift Program- No Prisoner Left Behind” was one leading initiative where through the generous support of donors AHRC managed to provide 80 gifts at $100.00 to 80 inmates in the State & Federal facilities. Those fellow humans who are frequently forgotten. In addition AHRC provided guidance and resources to inmates and their families. AHRC investigated, assessed, and monitored prisoners’ cases and advocate for prisoners’ rights

Help Advance Human Rights. Donate today:
Donate today and help make the difference towards a world free of injustice and towards a world of justice, liberty and freedom for all. It’s our common duty to help those who are helpless and the voice for the voiceless. $5, $10, $20, or whatever you can. No amount is too small and every donation counts.We appreciate your friendship and your support.
Stand with us, as we stand with those who are victims of injustice!

Dear author,
Your story is published and below is a link to the publication
http://www.thenigerianvoice.com/news/283682/a-message-from-our-executive-director-board-and-members.html